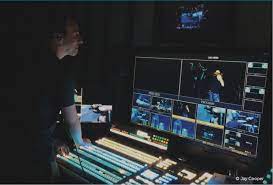 Axle ai software has been adopted by Chesney’s video director Jay Cooper, a multiple-award-winning touring video pro who has documented Chesney’s tours for the past decade. Cooper chose Axle for quick and effective performance review and to locate specific tour moments from thousands of hours of recordings of Chesney’s sold-out concerts.

“Our axle ai media management software accomplishes tasks like finding a special artist appearance at one of Kenny’s concerts – that previously could have taken Cooper several hours,” said Sam Bogoch, axle ai’s CEO. “With our powerful software, any highlight and any shot from any concert is almost instantly viewable.”

According to Cooper, who has documented every Chesney concert over the last decade, AxleVideo’s media management software allowed Cooper to assist Chesney in reviewing past concerts quickly to fine tune and enhance his performances. Previously, Cooper’s content organization strategy was best described as “shoeboxes & sharpies.” He stored DVDs in shoeboxes and labeled them with a sharpie by year. Now the content is catalogued digitally and meta-tagged for easy review.

“At the beginning of rehearsals for the tour, I showed Kenny how it all worked,” said Cooper. “He asked, ‘Can you find when this happened?’ I typed in his friend that came to sing at his show, the show’s location, and said, ‘Let’s look at it from camera 3.’ Boom, there it was. Camera 3, this moment in this show. Kenny said, ‘That’s super fast. That’s amazing.’”

According to Cooper, Chesney likes to use sports analogies, and says he reviews past concerts as if it’s game tape. “Kenny asks to see certain moments in concerts and sometime comments that he’s done that too often – it’s time to change it up – and other times says, ‘that really worked there! We need to do that again!’ “

Chesney’s video touring crew created a unique solution to managing a decade’s worth of video. They combined a powerful tandem of Axle’s media management software and RAID hardware from Western Digital’s SanDisk Pro division. Not only does Axle’s software automatically detect and index media—metadata included—it also encodes that media to a lower resolution for Axle’s interfaces in browsers, Adobe® Premiere Pro® panel and mobile devices. The seamless automation helps Cooper breeze through his existing workloads while on tour, but he also relies on Axle for his ambitious plan to archive Chesney’s concert history and tag the footage for future searches.

Aside from helping Chesney review and plan performances, axle ai is used to quickly pull clips for media and promotional use. The bottom line, says Cooper, is that the axle ai software provides Chesney and his team with a time-saving tool for repurposing his videos in the future for a number of uses.